Autumn in My Heart tells a beautiful love story filled with tears between Jun Suh and Eun Suh, starting a tragic love movement with a character suffering from a serious illness and ending tragically.
The success of the film helps the cast’s name become familiar to the audience, is the perfect pedestal of a series of A-list stars such as: Song Hye Kyo, Song Seung Hun, Won Bin. 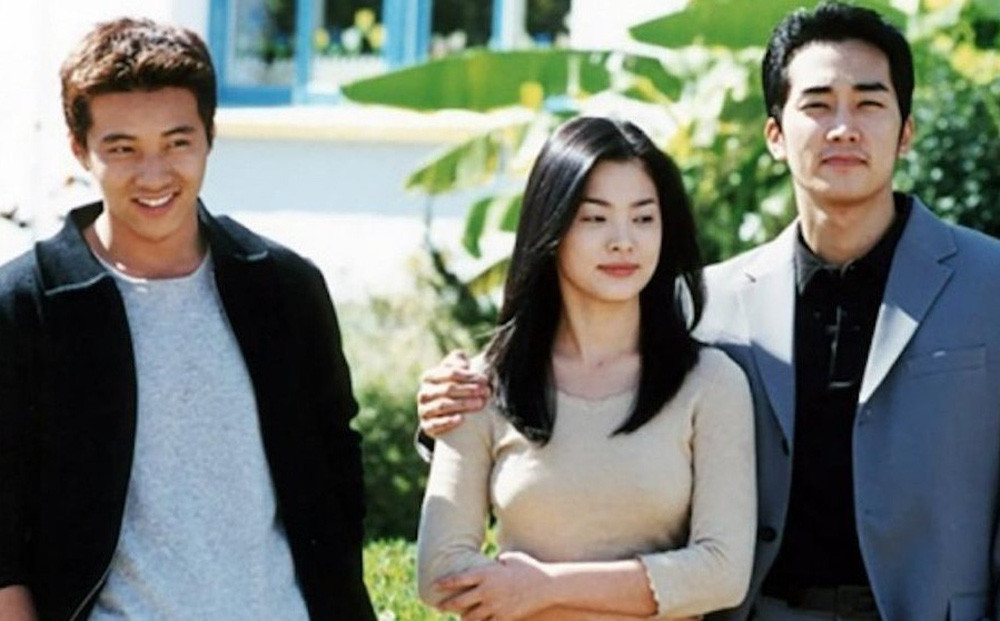 After 21 years, the life of the “Autumn Heart” stars is still of great interest to many people: 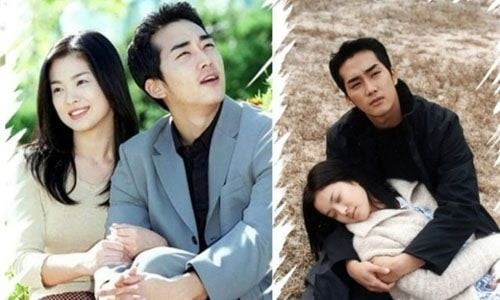 Song Hye Kyo took on the role of the female lead Eun Suh when she was just 19 years old. Eun Suh is a pure, innocent girl but has many misfortunes: Being swapped at birth, suffering from leukemia and dying in the arms of the one she loves. Song Hye Kyo’s pure beauty and sad eyes help the tragedy of Eun Suh’s life take away the tears of many viewers.

After the success, the actress rose to become an A-list star, holding many billion-dollar advertising contracts. In 2017, she ranked 7th in the list of the most powerful celebrities in Korea and 6th in 2018 voted by Forbes magazine.
Currently, the actress has just returned to the screen with the female lead Young Eun in “Now, We are breaking up” with Jang Ki Young.
However, Song Hye Kyo’s private life is quite messy. She had a love affair with two male gods Lee Byung Hun and Hyun Bin before marrying Song Joong Ki in 2017. In 2019, the couple divorced in the regret of fans. 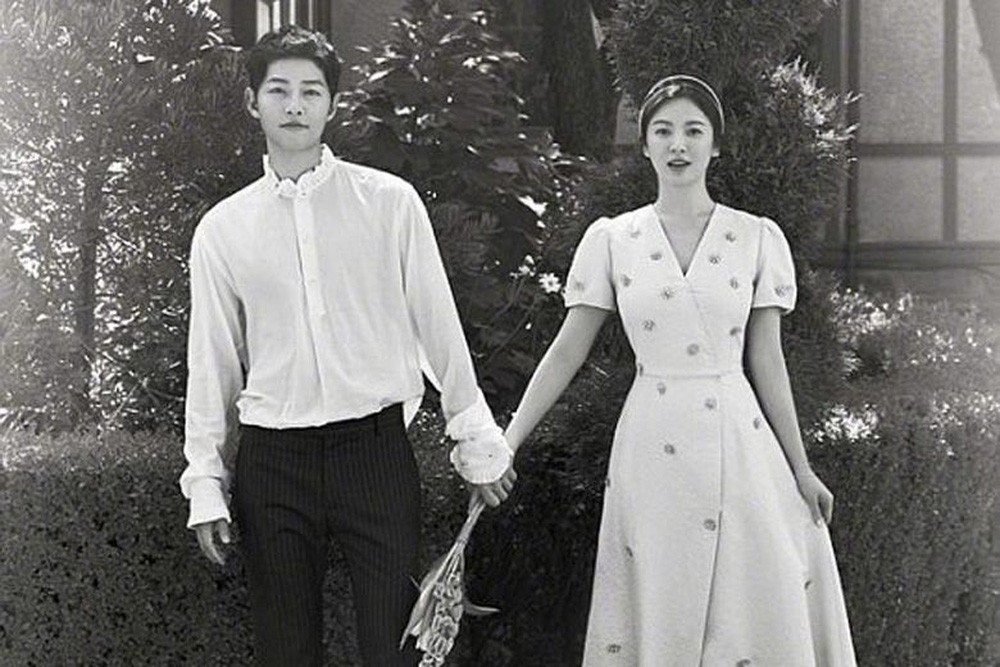 In addition, in 2014, she had to pay a large fine and bow her head to apologize to the people of the country for tax evasion. Despite being entangled in many marketing problems, the actress was praised for her beautiful beauty at the age of 40 and her hard work after the divorce.
2:Song Seung Hun 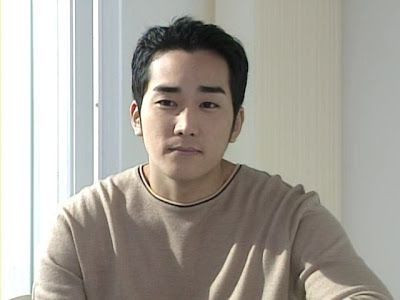 In Autumn in My Heart, Song Seung Hun plays the male lead Yun Joon Suh as an adult. Thanks to the work, the actor born in 1976 became one of the most famous screen gods at that time. 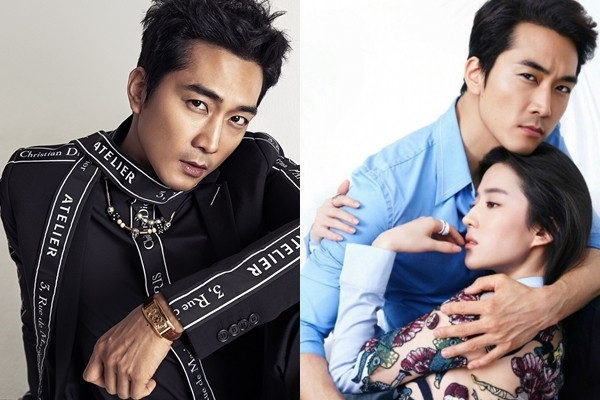 In 2004, Song Seung Hun’s military service evasion scandal caused the actor to lose all of his fame and affection. In 2015, he publicly dated Liu Yifei and announced his breakup 2 years later. At the age of 45, Song Seung Hun is one of the sexiest single “gentlemen” in Korea
3: Won Bin 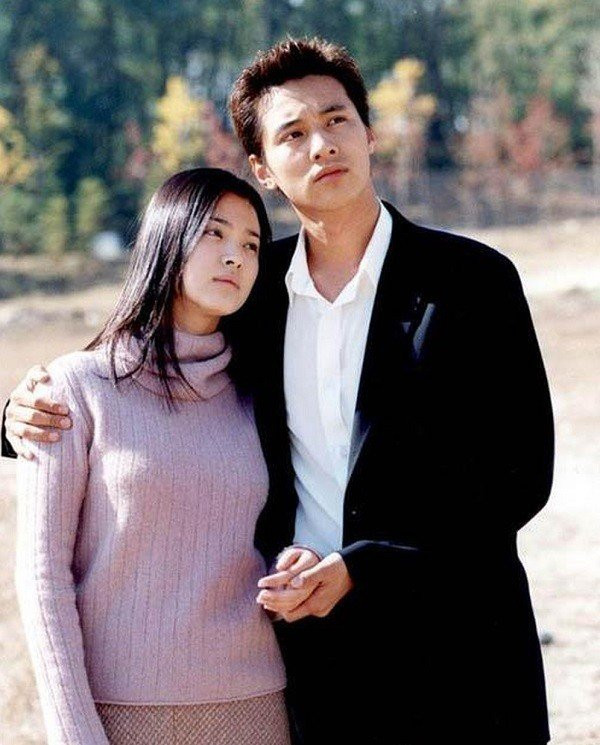 The actor, born in 1977, plays the love interest Han Tae Seok. Won Bin’s character gives Eun Suh (Song Hye Kyo) deep and noble love, always wishing her true love and happiness in her life. With the ‘Autumn Heart’ pedestal, Won Bin also became an A-list star of Korea.
With ‘Autumn in my heart’, Won Bin also became a Korean A-list star. With his handsome appearance and impressive acting ability, he is considered the “national treasure” of the Korean film industry. However, from 2002 until now, the 42-year-old actor has not accepted to act in TV series, but only appeared in films such as My Brothers (2004), Mother (2009), The Brotherhood of War (2010) and Man. From Nowhere (2010). 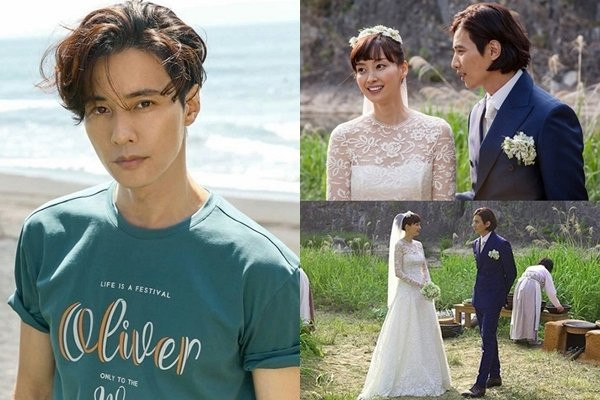 Honored as the number one actor in showbiz, Won Bin is a secretive person about his private life. In 2015, he and actor Lee Na Young held a private wedding in his hometown of Gangwon and now have a 5-year-old son. The famous couple rarely appeared in public, making the audience even more curious about his private life.

According to Osen, the couple’s income mainly comes from advertising and investing in real estate in expensive areas and profiting from rentals.

Son Ye Jin's best friend Lee Jung Hyun pregnant with her first child at the age of 41, shocked by morning sickness but she is really happy

V (BTS) made fans "crazy" by pressing the follow button for Blackpink's Jennie.

The most popular events of 2021: Hyun Bin and Son Ye Jin " fake film real love", Park Shin Hye and Choi Tae Joon are about to get married and welcome their first child.

Bi Rain openly expressed his love for his wife-Kim Tae Hee when leaving a comment with a sweet heart symbol: “Oh, you are so cute!”

Bi Rain openly expressed his love for his wife-Kim Tae Hee when leaving a comment with a sweet heart symbol: “Oh, you are so cute!”