Here are the top films that made Le Jong Suk’s name famous: 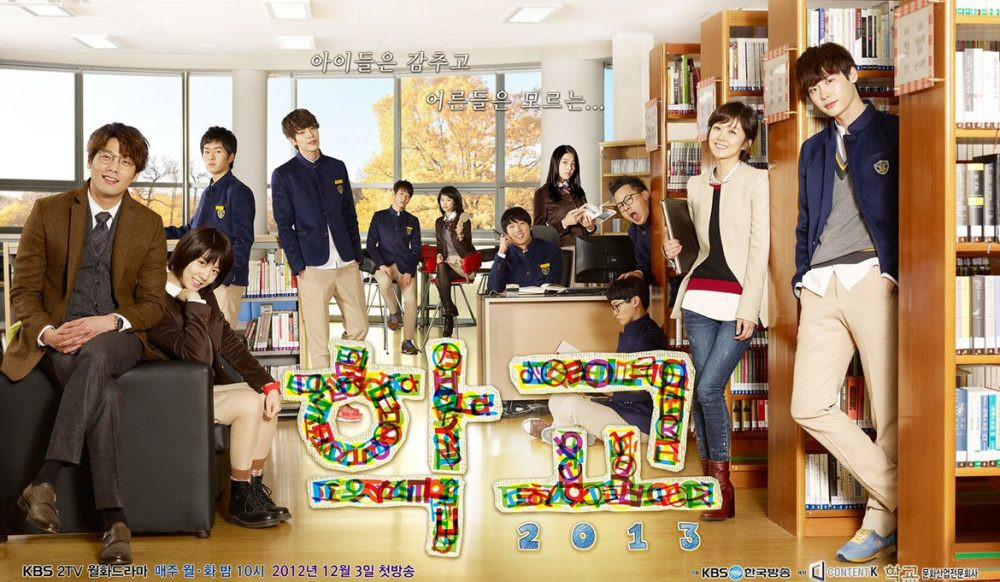 School 2013 is a drama in which Lee Jong Suk’s name is more and more known as an actor.
Lee Jong Suk plays the role of Go Nam Soon, who spends his youth working at night and only spending his days in class sleeping. Nam Soon has no dreams, is always indifferent to everything and is ready to fight with everyone in the school to prove her existence.

For his impressive acting in School 2013, Lee Jong Suk won the Best Actor award at the 2012 KBS Drama Awards. 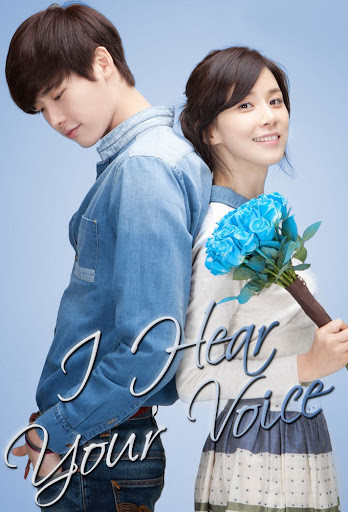 The film tells the story of Park Soo Ha (Lee Jong Suk), a 19-year-old high school senior who has the ability to “hear” other people’s thoughts, and Jang Hye Sung (Lee Bo Young), a beautiful female defense lawyer. of a local law office.

Specifically, 10 years ago, Park Soo Ha and his father while walking on the road were suddenly hit by a car. The person who caused the accident intentionally killed Soo Ha’s father and then tried to kill the boy if it wasn’t for the female student Hye Sung who happened to pass by to witness the scene. Hye Sung then went to court to testify against the dishonest accident-makers and became Soo Ha’s benefactor.

In return for saving Hye Sung’s life, Soo Ha, growing up, always followed Hye Sung in every case. He helps her fulfill her duties as a lawyer, and at the same time protects her from the revenge of the person who caused the accident, who has now been released from prison.
With this 18-episode drama, the actor won many awards such as being in the Top 10 stars at the SBS Drama Awards, winning the Best Actor award in the 2013 APAN Star Awards, etc. 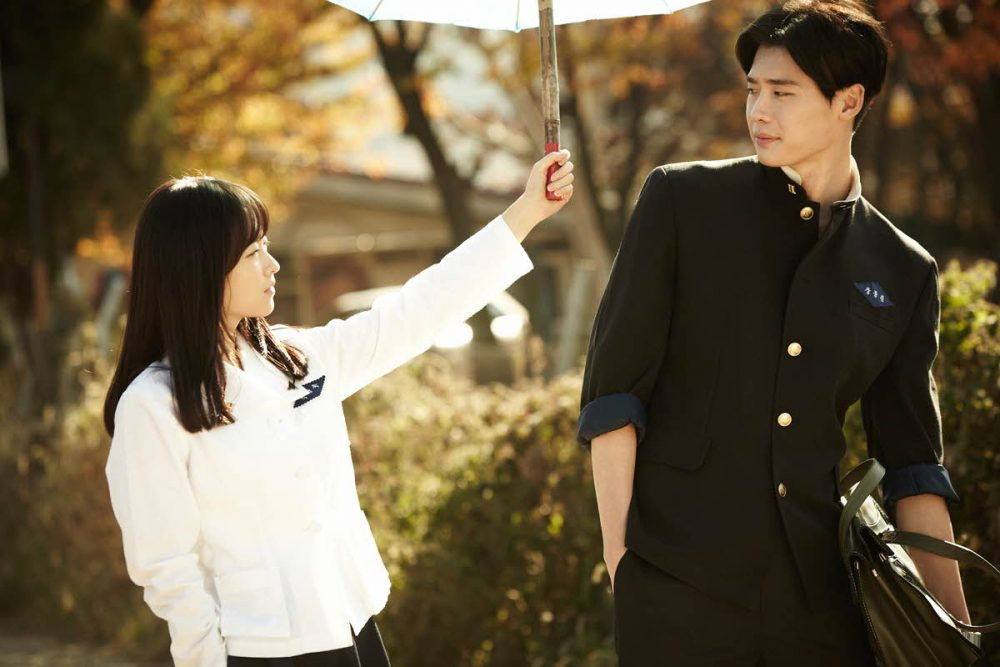 Boiling Youth is a drama about the friendship and romantic love of a group of friends at a high school in Hongseong, South Chungcheong Province, South Korea in the 1980s.

In the drama, Lee Jong Suk plays the hot boy Joong Gil. This is a guy with a promiscuous personality, peach blossom and can “saw” all the girls in the school. But Joong Gil doesn’t dare to keep an eye on Young Sook (played by Park Bo Young), the dwarf mushroom delinquent and the extravagant leader of a school girl gang. Meanwhile, Young Sook has also secretly liked Joong Gil for a long time. 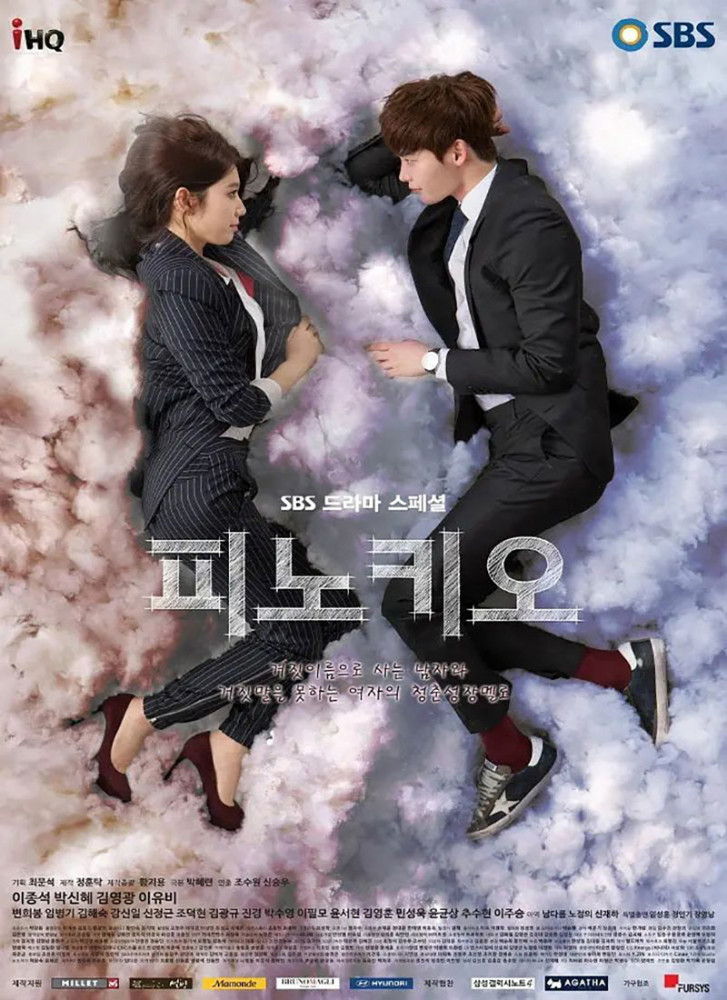 Pinocchio is a drama played by Lee Jong Suk and Park Shin Hye that caused a fever in late 2014, early 2015 in many Asian countries (typically in China with more than 1 billion views on Youku). The perfect combination of this couple has brought many emotions to the audience.

The film revolves around the story of Ha Myeong (played by Lee Jong Suk), a boy who has lost his father, mother and brother. His family was torn apart because of the lies and fabrications of a famous reporter, trusted by many at that time.

After the family incident, Ha Myeong and his mother jumped into the sea and luckily he was saved by an old man. Since he couldn’t remember his name, the man named him Choi Dal Po (the name of his son who died earlier). Since then, Dal Po lives with this man’s family, surnamed Choi, and then develops feelings for his granddaughter – the female lead Choi in Ha (played by Park Shin Hye).

Choi in Ha is a girl with Pinocchio disease – a disease that hiccups when lying. She is also the daughter of the famous reporter who harmed the whole Dal Po family in the past. Discovering this fact by accident, Dal Po was always annoyed when he had to try to hide his true feelings when he was with Choi in Ha.

Growing up, Dal Po became a driver but always wanted to take revenge on Choi in Ha’s mother. So he was determined to become a famous reporter. After that, the two main characters worked together to achieve their dreams.
With the movie Pinocchio, Lee Jong Suk brought home many different awards, including the Best Couple award with Park Shin Hye. 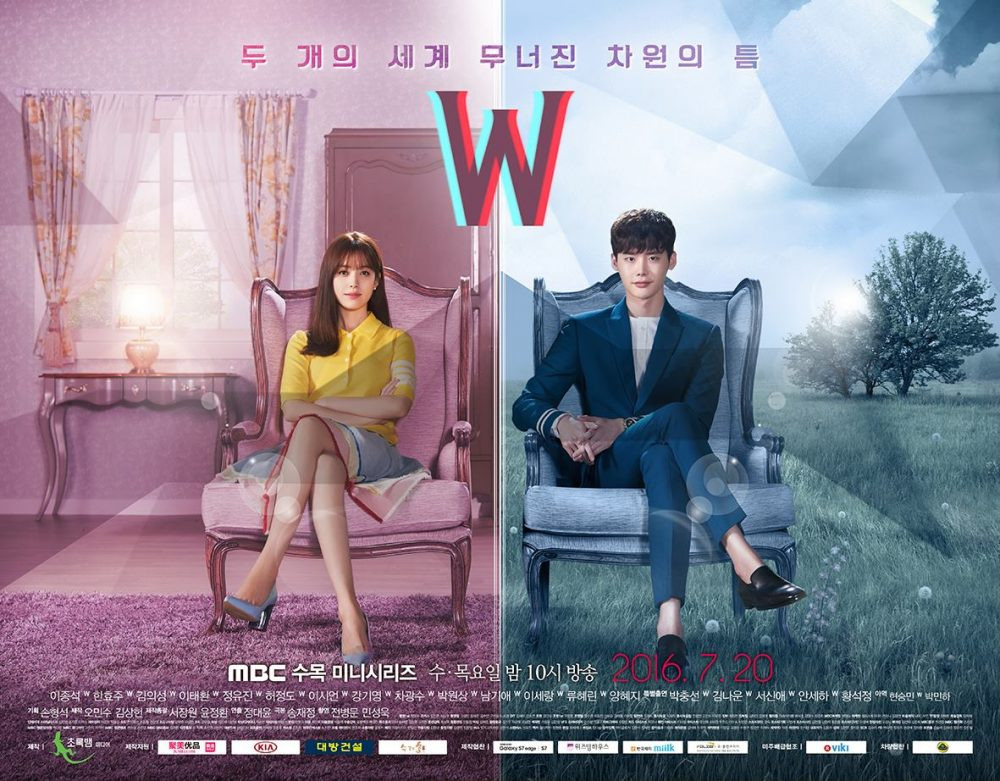 W Two Worlds is a science fiction film (the characters in the film can travel through space), revolving around a sad but very romantic story in Seoul.
It’s the story of two people living in the same era, but in different worlds. Oh Yun Joo (Han Hyo Joo) is a surgeon whose father is a famous manga creator. One day, her father went missing and she ran to her workshop to find him, and instead she found a strange man, Kang Chul (Lee Jong Suk) drenched in a sea of ​​blood. He kidnapped her and took her to another dimension.

Song Kang with adorable childhood pictures with his father and younger brother. The image of a cute and innocent boy melts fans' hearts with a happy family.

Actor Song Joong Ki offered to give up part of the property in the 9000 m2 land so that his neighbors could have wider roads.