Despite having to clash with the final episode of “Under the Queen’s Umbrella”, Reborn Rich episode 8 still kept his form. The Drama’s rating grew strongly, up to 19.5% (up 3.4% compared to episode 7). This number helps Song Joong Ki’s new work become the Korean drama with the highest rating in 2022 (miniseries only, excluding weekend dramas). The youngest son of a tycoon episode 8 opens when the Soonyang family prepares for the wedding of their true grandson – Jin Sung Joon. Meanwhile, Do Joon (Song Joong Ki) is busy with the plan to build a digital media city. He reached out to Chairman Daeyoung and told him how to regain the No. 1 position in logistics.

Sung Joon and Hyun Min’s wedding went as planned. Right before the wedding, Sung Joon flipped the deal, not following the agreement because he knew Hyun Min liked Do Joon and his wife’s purpose. Despite the pain of being overturned, Hyun Min still had to pretend to be a happy bride. But that’s not all, the surprise is waiting in the back because as soon as the wedding is over, the grandfather announces that Sung Joon will come down to work at the warehouse and change the inheritance principle, who becomes the president. The future is not necessarily the eldest child/grandson. Sung Joon angrily grabbed Do Joon’s collar, so Hyun Min immediately pretended to faint.

After President Jin’s decision, the Soonyang family was seriously disturbed, especially in the midst of the economic crisis. The trio of the Jin family – Jin Hwa Young – has to bear a large debt, which makes her think of the capital source from Do Joon’s company. Hwa Young invited her nephew to the company, but the two sides did not like each other when Do Joon witnessed his mother being despised by her uncle and forced to be a product marketer. However, after that, Hwa Young still received money from Do Joon by mortgaging the shares of Sooyang Trade Center, through director Oh Se Hyun. She immediately gathered all the shares to invest in New Data Technology. Before, Do Joon had anticipated this because according to his memory, the stock of New Data Technology would increase very quickly, up to 4 times in a short period of time, but then immediately drop. 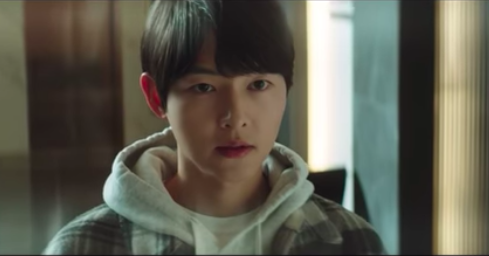 After knowing information from Hwa Young, the eldest brother and the second brother Soonyang also fell into a trap, looking to Director Oh to get Hwa Young’s mortgage. However, according to Do Joon’s agreement, director Oh gave 4 times the amount of money he had spent on mortgage shares to block the way of the two sons Soonyang.

True to Do Joon’s plan, New Data Technology’s stock plummeted, making Hwa Young feel like crazy. Do Joon also told his uncle about the news that her two brothers intended to take the shares of the Trade Center. This is also part of his plan, to make Jin Hwa Young go crazy and invest all his money and fall into a really empty situation.
“Reborn Rich” airs every Friday, Saturday, and Sunday on JTBC.

Song Hye Kyo was criticized all the time, turning into a beautiful and luxurious princess that made fans fall in love

Song Hye Kyo was criticized all the time, turning into a beautiful and luxurious princess that made fans fall in love