After episode 6 of the hit TV series Penthouse 3 aired, the online community fell back with unexpected details that gradually revealed the hidden plots, information and mysterious relationships of Baek Joon- Ki is Cheon Seo-jin.

Earlier in the end of season 2, Logan Lee was said to have died in a car explosion in front of the painful helplessness of Shim Shu Ryeon. And Joo Dan-tae (Um Ki-joon), who escaped from prison, disguised as an old man is the culprit who planted the bomb that caused Logan’s car explosion.

However, after episode 6 aired, the audience was bewildered because all the events that happened before were not as simple as we thought, but manipulated by a person behind even more formidable than Joo Dan Tae.
Actually, the fact that Logan returned home with Baek Joon Ki was a trap set up by Cheon Seo Jin.
When Bae Joon Ki used up all the money he got due to some sort of agreement between him and cheon Seo Jin in the Logan Lee case, he called a mysterious person and said to bring the money right away: “Told me to let me gamble. If I lie to Logan and go to Korea, I don’t have to worry about money.”
Then, the appearance of Cheon Seo Jin surprised the audience. It turns out that Baek Joon-Ki’s gambling fund is Cheon Seo-jin.

Next was a phone call from Shim Shu Ryeon asking Bae Joon KI to be present at the police station to take testimony because he discovered many things related to the explosion in the bag that appeared on the car, making Bae Joon Ki angry: ” I could be accused of being the culprit. What’s in that bag?” Cheon Seo-jin replied, “Why are you scared? The culprit is Joo Dan-tae. Even when he went to the police station, nothing appeared.”

Following Seo JIn, Bae Joon Ki said, “If I am in danger, I will tell Shim Shu Ryeon everything. Logan Lee’s life and death that day Cheon Seo Jin is the most obvious.” Seo-jin Cheon warned, “Do you think Shim Soo-ryun will leave you peaceful? If you tell, you and I will die.”

What secret deal did Baek Joon-Ki and Cheon Seo-jin really have?
Apparently, Cheon Seo Jin clearly knew Joo Dan Tae’s previous bomb plot and used Baek Joon- Ki to get Logan out of the scene of the car explosion in a state of severe burns and create evidence for everyone to believe. that Logan is dead.
After that, it was Cheon Seo Jin who was behind secretly controlling Ha Yoon-cheol, asking to save Logan’s life: “I am not asking to save life like a normal human, just breathe, that’s why. I take you out of prison. When that person is saved, you will know my face.” 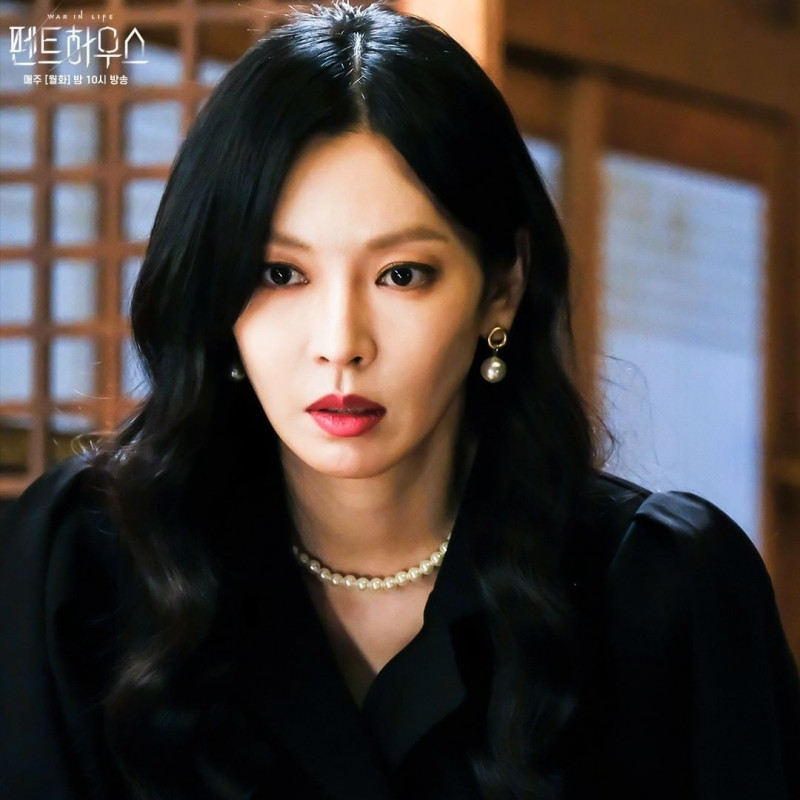 Why didn’t she save Logan before that terrible explosion, but did her best to save him after Logan was badly burned and almost died.. Cheon Seo Jin, what is this woman’s big conspiracy?

On the other hand, in a preview, shim shu ryeon has turned on revenge mode, starting a plan to find out the truth behind Yoon Hee’s death and kill the evil Joo Dan Tae.
Will Logan Lee come back to life and team up with shim Shu Ryeon?

The next developments of the movie Penthouse 3 will bring the audience to any more surprises. With unpredictable developments revolving around the story of the struggle for the elite, after episode 6 aired, the drama’s rating tended to rise much higher.
Let’s look forward to the next episodes of Penthouse 3 broadcast at 22h every Friday.

Lee Jong Suk showed off behind-the-scenes photos of the blockbuster Decibel with an excellent captain image that made fans fall in love, looking forward to seeing the new Movie.

The social network exploded with rumors that Kim Bum was dating Jo Bo Ah. The fans really believe it's true.

Lee Jong Suk and Lee Sung Kyung have an admirable friendship. A soulmate relationship is more than a love that lasts 10 years.

Lee Jong Suk and Lee Sung Kyung have an admirable friendship. A soulmate relationship is more than a love that lasts 10 years.