Wearing a wedding ring, which is an “unwritten” convention of most married couples, is a sign that “the flower has an owner”. But Son Ye Jin and Hyun Bin are different. Despite the solemn exchange of rings at their wedding in March, the two then put the rings in a box. An audience member also pointed out, a few minutes after conducting that traditional ceremony, the bride and groom removed the ring from their finger.

Even when they went to the US for their honeymoon at Incheon airport in April, their finger empty. 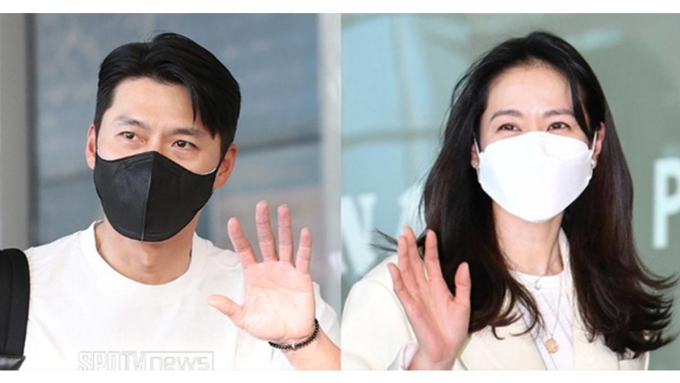 Recently at the end of July, Hyun Bin returned to Korea after a 4-day business trip to Milan. He caused curious with his empty ring finger, without a wedding ring. He had never worn a wedding ring before. Son Ye Jin, when she wore a ring and appeared on tvN’s You Quiz on the Block, was just a sponsored ring of a brand, not an engagement or wedding ring-according to the agency.

Although the reason behind the two stars choosing not to wear wedding rings has not been revealed, many viewers speculated that the star couple did not want to be watched by the public and measured the degree of attachment of their marriage relationship. based solely on wearing or taking off the ring 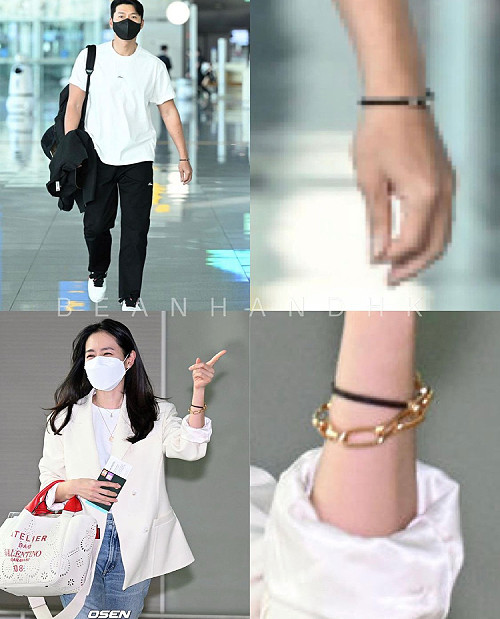 In particular, the two stars don’t wear wedding rings, but sometimes the couple wears a black bracelet, thin thread, unknown brand. Many people mistake this simple bracelet for a hair band. This sign, cleverly, shows the bond between them

Hyun Bin is known to live a very private life while Son Ye Jin is more open. Actor Hyun Bin doesn’t even use social media. All information about his family, siblings, parents is kept private from the audience

Son Ye Jin because of Hyun Bin changed her hobby from hate to love an interesting sport.

Park Shin Hye and Choi Tae Joon are getting married in January 2022. Park Shin Hye is currently pregnant with her first child

Son Ye Jin because of Hyun Bin changed her hobby from hate to love an interesting sport.

Park Shin Hye and Choi Tae Joon are getting married in January 2022. Park Shin Hye is currently pregnant with her first child