by admin
in K-Drama, CELEB 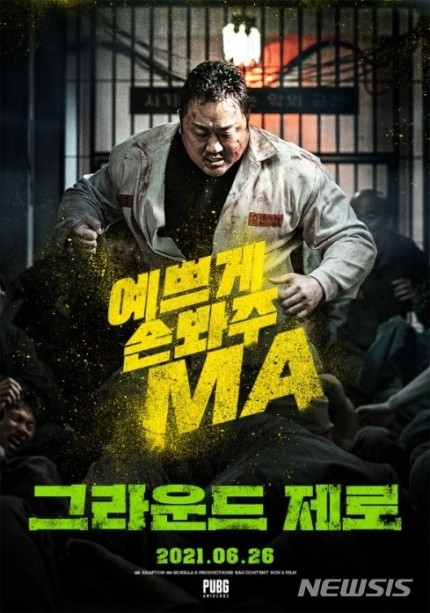 ‘Ground Zero’ is an action short film about the 1983 Hosan prison riot, a pivotal event in the PUBG universe. Actor Ma Dong-seok takes on the role of Ma Kang-jae, a notorious prisoner.

It also stars actors Kim Min-jae, who appeared in the movie “Peninsula” and Lee Kyu-seong from the movie “When the Camellia Blooms”, Park Ji-hwan of ‘Crime City’, Lee Kyu-Ho and Lee Seong woo.

The film has received a lot of expectations from the online community, promising to bring a lot of laughter, humor and suspense with exciting action sequences.

Song Kang - Han So Hee burned the audience's eyes with the hot love scene in Nevertheless.

Song Hye Kyo shows off her pure and pure beauty through the cover photo of Elle Singapore magazine posted on her instagram story.

Song Hye Kyo once publicly slandered Song Joong Ki, implying that her ex-husband is a person who often distorts the truth

Song Hye Kyo once publicly slandered Song Joong Ki, implying that her ex-husband is a person who often distorts the truth